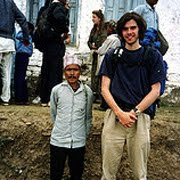 Dave Beck speaks to Director John Jeffcoat about the orgins of OUTSOURCED. Listen to the podcast HERE.

John Jeffcoat is a Seattle writer and filmmaker. He directed and co–wrote the 2006 film "Outsourced." And "Outsourced" inspired an NBC comedy series that debuts this fall. But six years ago Jeff had no idea where his career was headed. That changed when he started to think back on a 1993 study trip he took to Nepal during his junior year in college. His experiences in Nepal changed his outlook on life and the world, and they played an important role in the creation of "Outsourced." KUOW's Dave Beck speaks with John Jeffcoat. 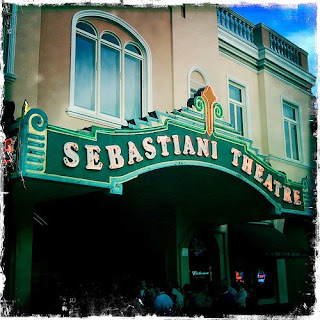 It's been a long ten days for Outsourced! First off a great Dinner and a Movie screening with the Seattle International Film Festival hosted at the beautiful Voltera in Ballard.

Then it was off to Sonoma where Director John Jeffcoat, his wife Deryn, and producer and co-writer George Wing represented the film for three glorious days at the Sonoma International Film Festival where the film won the Audience Choice Award.

On Sunday night Jeffcoat went straight from the airport to Bainbridge Island where the film screened at the Celluloid Bainbridge Film Festival.

Jeffcoat's work on MTV's $5 Cover, the Amplified Docs (13 documentaries on Seattle bands and one on director Lynn Shelton), will be screening in May at the Seattle International Film Festival, check it out! 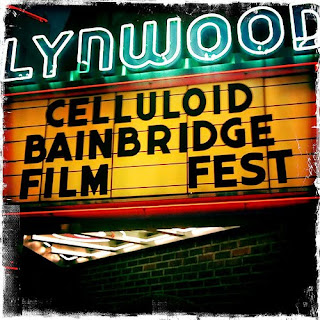 NBC has decided to produce our pilot script for Outsourced. Ken Kwapis (director of The Office pilot) will direct it. If all goes well we may have a global workplace comedy on network TV very soon! Fingers crossed. Read the announcement in Variety HERE. 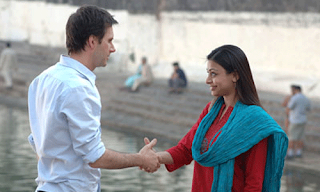 A big thanks to all of the Cinequest Facebook fans who voted Outsourced their all-time favorite film! You can read the announcement HERE. If you haven't seen it yet, catch it on the big screen March 6th at the California Theater (345 South First Street
San Jose, CA).

Posted by John Jeffcoat at 9:32 AM 1 comments 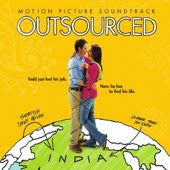 Yesterday the soundtrack to Outsourced finally arrived on iTunes. It's been a long road getting there and we're all very proud of it.

This is not your basic soundtrack with thirty-second tracks, our composer BC Smith went back into the studio to extend many of the songs featured in the movie in an effort to make an album that feels complete and maintains the spirit of the film.

There is some tremendous talent featured, including the vocal stylings of CJ Virdi. Be sure to check it out!

Seattle is an indie-film-adoring town. So who will be our first breakout indie filmmaker?

“This is a film-mad city,” says Lyall Bush, executive director of Northwest Film Forum, Seattle’s only cinematheque and an institutional backer of independent film. “Per capita we’re the 10th largest market in the nation. We watch a lot of movies.”

And we make them. Walk into Ravenna’s Scarecrow Video, one of the largest independent video-rental stores in the country, and you’ll find almost 200 short and feature-length films made locally and regionally.

Even though Seattle is film mad, the city’s indie-filmmaking scene still cannot claim to be home to a breakout indie filmmaker like Portland’s Gus Van Sant (Drugstore Cowboy, My Own Private Idaho) or Austin’s Richard Linklater (Slacker, Dazed and Confused). Notably, while Van Sant, Linklater and others such as Steven Soderbergh (Sex, Lies, and Videotape) were conducting an indie-film train that carried a national consciousness in the late ’80s and early ’90s, Seattle was full-bore busy exporting another brand of indie entertainment: grunge music. Local filmmakers have been chasing this train ever since.

MTV and the Univ of Rhode Island

For those of you in Rhode Island, I'll be giving a presentation as part of the 2009 Honors Colloquium at the University of Rhode Island. You can check out the details HERE.

Our Outsourced TV show is still in development with NBC and it sounds like it may be picking up steam again, stay tuned.

Right now I'm racing around Seattle shooting a series of mini-docs on Seattle bands that are featured in the MTV series $5 Cover Seattle which will air early 2010. More to come...

Sorry for the lapse in posts, it hasn't been due to a lack of activity. I'm writing a new script and everything else has fallen into the background. I did just get news that Outsourced would be screening in Poland and I thought that was interesting enough to warrant a posting. So for all of you in Poland who have yet to see the film, here you go!

“Poland has become an important destination for Bollywood in eastern Europe. What the Soviet Union was for Raj Kapoor in the 1950s and 1960s...

“The set of films will present the true and various colours of a contemporary India to a Polish audience. We await the verdict of Polish audience,” said Srikumar Menon, head of the commercial wing at the Indian embassy here. After many false starts, Outsourced will be released theatrically all over India on January 2nd. It's a nice way to kick off the new year. We don't have all the details on screening locations but it should be playing at multiplexes in all of the Major cities. Tell your friends and family in India and Happy New Year! 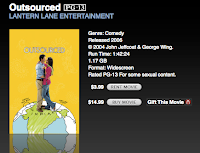 For those of you who watch movies on iTunes, I'm happy to announce that you can find Outsourced there to Rent, Buy, or Gift (a last minute Christmas present with no shipping charges!). 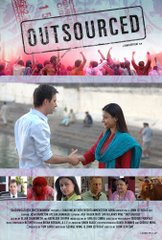 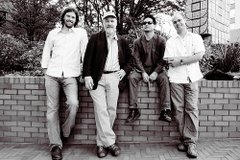 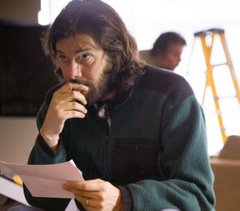 Director and co-writer of OUTSOURCED 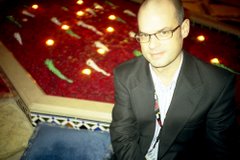 Co-writer and co-executive producer of OUTSOURCED 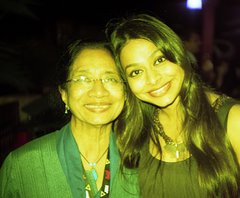 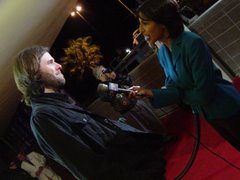